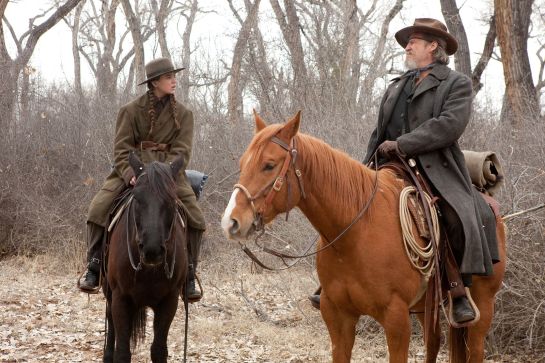 True Grit was a film that I walked out a bit disappointed with to say the least. It was a film I saw at the midnight premiere and walked out a bit downtrodden because what I saw wasn’t the movie I expected to see at all. Looking back over True Grit I began to do what all of the Coen Brother’s movies force me to do. I began to think. In my pondering over the past few days after seeing what was for me the most anticipated movie of the year, I realized yes, True Grit wasn’t the movie I was expecting to see, it was better.

Before delving deep into that conundrum and my review I’d like to state that I’ve never seen the original True Grit nor have I read the original book. I went in completely blind and will review this movie based on the movie it was not how well it followed the book or original John Wayne movie. That being said, True Grit, like almost all Coen Bros. films, was a masterpiece. I just didn’t quite realize it at first.

Now when I said, I went in expecting something different, that obviously begs the question, what did I expect? What I thought True Grit would be, was some kind of guns blazing, dark look into the west. A movie that would kind of mirror the themes of No Country for Old Men, but in the west. A western that might even surpass my favorite western, Unforgiven. What True Grit was, was actually one of the most light-hearted of the Coen Bros. films and on top of that, one of the most light hearted westerns I’ve seen.

Sure there was some gunplay, but for the most part, it was dialogue driven. It was a film that cared not about its action, but its story. We get to know these characters well and join them on their journey of “retribution”. Maybe True Grit isn’t the greatest western or all time and maybe its not the most enjoying, but it is undoubtedly the most real. Its not a western that’s looking to tell of a journey through the west complete with different villains, escapades and epic showdowns. It’s a film that makes you feel as if you’re right there on a horse having a whiskey with good ol’ “Rooster” Cogburn.

It was a film written and directed as well as a movie can get. I can’t expect much else from my favorite filmmakers in existence. Jeff Bridges was downright brilliant in what might just be my favorite role of his. The main character though was newcomer Hailee Steinfeld, there’s nothing profound about her performance that I’m sure you haven’t read anywhere else suffice it to say, from what I was reading, I expected a lot and she blew me away.

Early I stated that it was “better” than what I was expecting it to be. I’d like to jump into that comment a little more. I explained that what I expected was kind of a combination of my favorite western, Unforgiven and my favorite Coen Bros. film, No Country for Old Men. That’s a lot to expect out of a film. No I’m not saying that True Grit is “better” than either of those films. I am merely saying that it’s “better” that True Grit was the movie that it was.