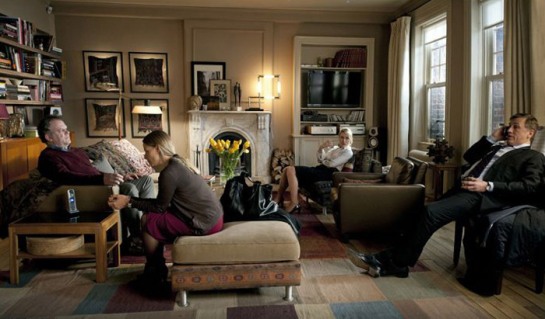 It’s difficult to wrap my head around exactly how I want to approach my review for Carnage. It was a film so unlike most movies and in just that way, among many other reasons, it was a very enjoyable film. It was also a very short film and certainly kept my attention through out. It was fun, well made, well acted, but unfortunately it just didn’t amount to as much as I hoped for.

The best quality of this film were unquestionably the performances. Jodie Foster is always hit or miss very me and she was pretty good here. John C. Reilly played the most likable character and had fun with it. Kate Winslet is one of my favorite actresses and she was fantastic in Carnage. The best performance came from the brilliant Christoph Waltz whose instigating character was played to perfection and though you could probably consider the character the antagonist of the film, the character was in no way an evil villain. It was nice to see a great performance from Waltz in a role that wasn’t some one as a cruel as Hans Landa.

The film centered on two couples and their verbal sparring after one of their sons hits the other couples’ son with a stick. What starts as a civil conversation eventually leads to what feels like warfare. It was based on a Tony-Award winning play and as a result the filmmaking here was nothing special as it just placed the play in movie form. Sure there’s no action or much drama, but the film was a lot of fun and an excellent watch.

My biggest compliant here would be that all of this constant bickering felt like it was leading to a very exciting climax, but unfortunately the movie just ended with out much of a satisfying resolution. Once I looked past the fact that the film didn’t get to the point I wanted it do I just realized that it was a lot of fun, but it just wasn’t amazing. The film’s biggest feat is in the way it could’ve easily felt redundant from time to time, but it never ceased to entertain.