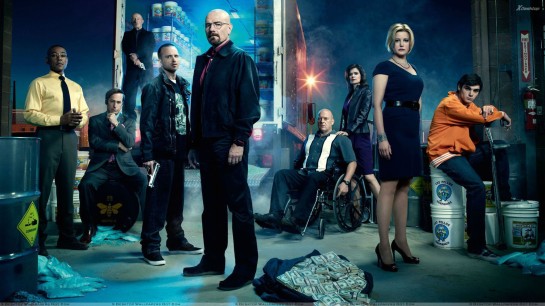 A large part of what makes Breaking Bad the masterpiece that it is, are its vibrant and vastly explored characters. No matter how grim, gritty and depraved the tale at hand gets, Breaking Bad is a story that feels real and that’s because of how defined and human all of these characters feel. This list discusses the characters of Breaking Bad and the impact they’ve made to one of the greatest stories ever told. Also, just for fun… Top 25 Breaking Bad Episodes 10. Hector Salamanca

In an episode entitled “Grilled”, the ruthless Mexican Cartel member Hector Salamanca makes his incredibly memorable first appearance. “Grilled” is an intense episode in which our protagonists attempt to get out of the hands of the rabid dog and distributor that is Tuco Salamanca. Their plot to kill him keeps getting thwarted by Hector Salamanca with just the sound of a bell. I never thought I’d see him again, but he had a much larger part to play. 9. Walter Jr.

The beauty of Walter Jr. as a character is in his innocence. He is the most innocent of all the characters in Breaking Bad and the idol and “hero” in his life is of course his father. Any time he sees his father he’ll play his part in their father-son routine completely oblivious to how depraved this man is who he’s hugging. Walter White is a good father, he truly is and Walter Jr. is a good kid because of that fact. One has to wonder what Junior would do if he knew all of Walt’s secrets. 8. Jane Margolis

Jane Margolis is a character only featured in Season 2, but she has always cast a pretty twisted shadow over the relationship between our two main characters, Walter White and Jesse Pinkman. In the beginning of Season 2, she is introduced as a very likable character who develops into the perfectly lovable girlfriend of Jesse Pinkman. No still in Season 5 it is unbeknownst to Jesse that his partner, “Mr. White”, did nothing and was in the room when she horrifically choked on her own vomit. 7. Skyler White 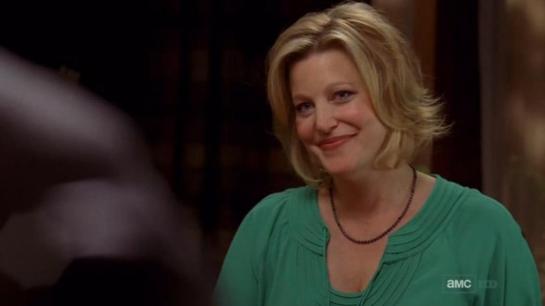 Because of how much I enjoy Walter White’s journey and the choices he makes (I know they’re bad choices), it’s hard to like Skyler and the way she treats her husband who in the beginning was seemingly just trying to provide for his family. Like all Breaking Bad characters, Skyler White is completely believable and perfectly executed. She fought it all she could, but was eventually pulled into the dark world of Walter White only to find the truth that her husband will never again be the man he was. 6. Saul Goodman

Behind almost every dirty-dealing or every hump that Walter White and Jesse Pinkman have to get over, there is their lawyer Saul Goodman. Goodman just oozes of sleaze and greed. He is a well payed partner to our protagonists and he comes in handy often when Walt and Jesse get into some of the sticky situations they get into. Like most Breaking Bad characters, he’s not a very good person, but it’s hard not have a little fun when Saul Goodman makes an appearance while he can be a little bit of an annoyance, he’s pretty hilarious and quite the character. 5. Gustavo Fring 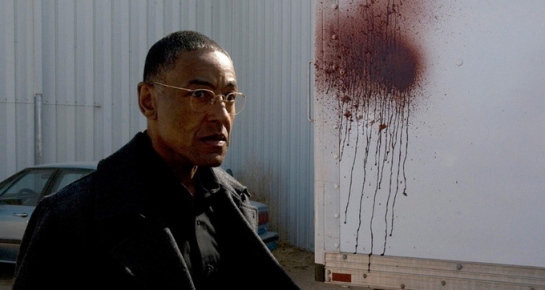 Though Walter White has become quite the villain, he is the protagonist of the story and if you’re looking for an antagonist of the story look no further than one Gustavo Fring. Gus Fring is a brilliant criminal in his professionalism. Above all he is a businessman, but he is a king of a dark criminal empire so naturally when violent measures have to be taken he takes them with intense grace. Those are just the kinds of measures that have to be taken when Walter White is in the picture. Gus is a villain, he’s a criminal, but with him it’s all business. He does what he does when it needs to be done and his business runs like clockwork because of that fact. 4. Hank Schrader

If you’re looking for a hero in this grim tale of crime, change and choices you’ll find him in DEA Agent Hank Schrader. Hank is a man’s man. He’s constantly joking, laughing, making rude comments and catching bad guys. The only person he can bare his true soul to is his neurotic, yet completely loving wife Marie. He’s a loving husband and a truly extraordinary policeman. There is never a question of his heroism in the way that his character has become defined by his dedication to the capture of a rising criminal mastermind by the name of Heisenberg. 3. Mike Ehrmantraut

Mike Ehrmantraut is a cool, calculating, silent and dead-eyed professional. He’s been around and he sees the world for what it is. He’s an outlaw and it’s as if he’s been plucked right out of a classic Sergio Leone western. He fits right into this gritty world of lawlessness. Unlike the prideful, controlling and despicable Walter White, Mike Ehrmantraut does what he does for one reason, so he can provide. There’s an aura of mystery to Mike and his past life that somehow made him the intelligent criminal and killer that he is, but at the end of the day what he does is for the security and future of his granddaughter. Mike Ehrmantraut threatens, he kills, he enforces, he steals, he’s a criminal and he’s good at what he does. I’ve always had a soft spot for Mike ever since the classic “half measure” scene and his poetic death at the end of my favorite episode thus far in the series is just a punctuation point to this perfect character. 2. Jesse Pinkman 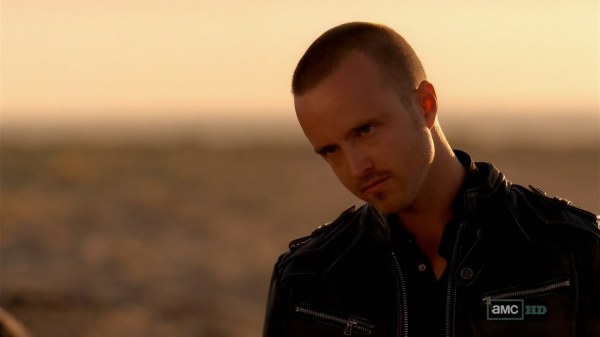 Jesse Pinkman is the heart of the entire beautifully dark story arc that is Breaking Bad. In the beginning he almost seemed like just a necessary annoyance who only served to offer a way into the drug world for our protagonist Walter White. The chemistry teacher turned meth dealer attempting to provide for his family needed an entrance and found the perfect one in the total screw-up drug dealer and former student Jesse Pinkman. As Walter White has become more consumed by the power, control and depravity of the man he has become Jesse is just dragged deeper and deeper into incredibly dark territory. Jesse has just always been there and as the layers become unraveled and Walter White becomes more and more malevolent it’s hard not to recognize the heart this kid who just made some bad decisions actually has. 1. Walter White

If I could describe the masterpiece that is Breaking Bad in a single word that word would be change. This idea of change is personified in the greatest character arc ever filmed. There is a lot to Breaking Bad, but the driving force of the entire story is a character study and transformation of one normal man becoming (or rather, breaking) bad. The Walter White we met in Season 1 is not the Walter White we know in Season 5. He was a good man with a normal job, wife and kids and now he has become a criminal mastermind in every sense of the description and a very bad man. He is a ruthless, conniving, vindictive king whose rise to power has left many lives in his wake. “Never give up control. Live life on your own terms.” The average person would be astounded as to what soulless lengths Walter White will go to maintain his power and control. Breaking Bad is grim, raw and real and every choice Walt makes is made believable through flawless writing, direction and one of the greatest performances of all time from a masterful actor. Walter White is a depraved liar and he can rationalize his actions all he wants, but he loves who he’s become and he loves that he has his hands on the wheel as he drives down this dark, dark winding road. The fact that there are bad people in the world can not be ignored and for this character to be examined so thoroughly is absolutely thrilling. Breaking Bad is one of the greatest stories ever told and its main character is nothing short of one of the greatest characters in existence.