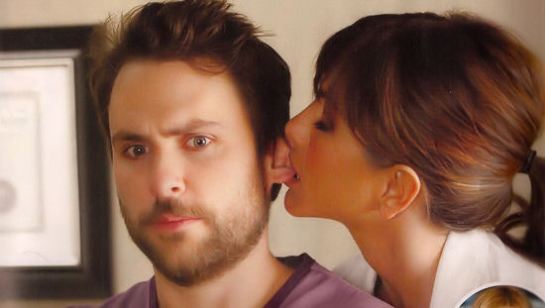 It is always refreshing to see a comedy in this age of comedy we live in that has laughs that aren’t solely based on sex or the word “fuck”. Horrible Bosses is a film that exemplifies that very idea. This is not to say the film exemplifies this idea perfectly because it most certainly doesn’t. Horrible Bosses was however very entertaining and made me laugh out loud through out.

When a film has such a fun premise and great actors playing very comedic characters, its hard to fail and this film doesn’t. The film follows three average joes whose bosses fit the build of “horrible”. When they can’t take it any longer the three friends device a plan in order to take care of the situation. Hilarity in ensues. And I’m being serious, the movie was rather hilarious. Some of the plot devices used were generic and almost too easy, but they get the characters from point A to point B and at the end of the day, its the comedy that matters and this was a well made comedy.

Of the employees, my favorite was by far Charlie Day’s character who was playing virtually the same character he plays on “It’s Always Sunny in Philadelphia”, but what are you going to do, the character is funny and I laughed a lot. Jason Sudeikis definitely played his part making for some great moments. Bateman had his moments, but I’ve just never found him that funny to begin with. His delivery just doesn’t do it for me.

My favorite boss is a doozy. Kevin Spacey is with out a doubt the greatest actor working in this film, but this is a question of who was funnier. Even though Kevin Spacey was fabulous as the worst boss, but for me Jennifer Aniston was absolutely hilarious. You’ll find yourself dumb founded at times wondering to yourself if she actually just said that. It was completely out of character and I loved it. Colin Ferrell was also fun as the drugged up boss of Sudeikis, unfortunately he just didn’t get the chance to show anything off because he wasn’t in it as much.

There were some blatant flubs that you’d find resemble the kind you’d find in plenty of other namable comedies. There were a fair share of those laugh out loud moments that comedies aspire to have and there were some dull moments. So no Horrible Bosses wasn’t some kind of comedic gem, but it was a very funny movie that I would certainly laugh at again.