In the universe of the greatest directors known to man, The Coen Brothers, there’s always a lot going on. Most of it unorthodox and all of it enjoyable. These feats are made possible through the amazing characters they develop or sometimes just randomly throw in there for a bit of fun.

In each Coen film there’s always some type of entertainment that can be brought from almost every character. Maybe its because of his/her sick and twisted humor they crack at random moments, maybe its because of their affection and kindness towards even the rudest person, or maybe its because their penchant for laziness. Either way, there’s so many different ones to choose from, these are my favorites.

Out of the Coen Brothers first movie comes one of the sleaziest dirt bags known to film, Loren Visser. Everything he does is unethical and everything he says is made somehow disturbing. There’s not much he won’t do to bring in a quick buck. He’s the ultimate dirt ball you’d absolutely never want to meet. Not to mention he has one of the greatest maniacal laughs ever put on screen.

Chad is down right stupid and dimwitted. If you really look at his dialogue, your kind of wondering why anyone would find it funny because its almost too forced. Brad Pitt plays it to perfection and I am in stitches every single time he’s on screen. You really couldn’t see it played any other way after seeing Mr. Pitt do it so hilariously. I love Feldheimer to death by the end of it all.

The quick-witted and persistent 14-year-old who drives the plot of the Coen Bros. masterfully made western is an unquestionable candidate for this list. She’s young but at the same time smart and she’ll stop at nothing to see the avenging of her father through. A truly entertaining character that you can’t stop feeling for based on the way the character is perfectly performed and what the character’s endgame is.

Even though I love the Coen Brothers and find basically everthing they make a masterpiece in one way or another, I’m actually not a huge fan of Raising Arizona. Its not that I don’t like the movie, it’s that I don’t believe it stacks up to their other films. I can not, however, deny my love for the motorcyclist from hell, Leonard Smalls. You don’t get to see him much in the film, but when you do, your eyes are wide with appeal, at least mine are.

Among a lot of terrible people in the world of the Coen Brothers, Marge Gunderson is by far the most kind hearted. She makes it her duty to not only protect and serve (she’s a pregnant police officer), but to also be incredibly sweet whenever she can, even if its towards someone she knows doesn’t deserve it. Marge has a great husband, a child on the way and an important job she’s committed to. This is Frances McDormand at her best, one of the greatest female performances I’ve seen. Period.

The Dude is of course iconic and one of the greatest characters in film, but not all of the laughs come from Jeff Bridges. John Goodman’s character is definitely a huge part of the puzzle piece. Honestly, every action, every facial gesture, every word he utters or shouts at the top of his lungs, I’m usually laughing uncontrollably or at least chuckling. The vietnam vet Walter Sobchak makes every scene he’s involved in memorable, to say the least. 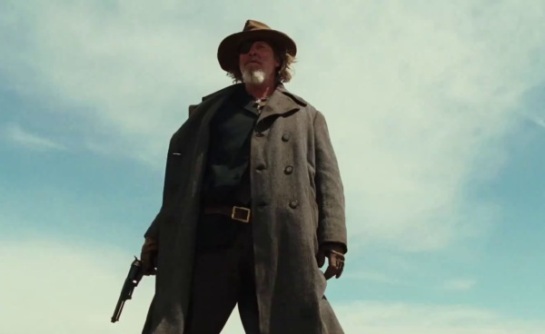 Rooster Cogburn is such a fascinating character to watch develop. At times he’s dark due, in part, to a checkered past, while at other times we know far well that this is the hero of the story. Also, he never fails to draw out a chuckle from time to time. A unique and interesting character in every sense. Jeff Bridges puts every ounce of performance he’s got into Rooster and the result is one of the greatest western heros that a lover of films can ask for. 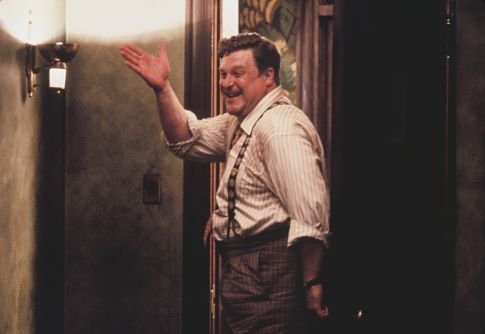 It’s hard to top Walter Sobchak and Rooster Cogburn, but Goodman is able to do it with his portrayal as Fink’s hotel neighbor, Charlie Meadows. Charlie has such an unbearable presence in each scene. You just can’t wait until he pops in for a chat the next time. He’s the epitome of the classic neighbor whom you just love sitting back and talking with. Then the character turns in a completely different direction and John Goodman plays it to absolute perfection.

The Dude is quite possibly the most iconic character The Coen Brothers will ever create. That’s surprising because he doesn’t do much at all. He’s usually just smoking weed, bowling or drinking a white russian. It’s difficult for me to put The Dude at number two because most would have put him at number one. I absolutely love The Dude. The Big Lebowski, the funniest movie of all time, is centered around him and his laziness. The plot is driven by the insane events going on around him and even more so, his insane friends. But no matter what happens you can always expect The Dude to just sit back and ride along. “Fuck it” he might say, but I think he puts it best when he says “The Dude abides”.

By far one of the greatest villains and characters ever put on screen is Anton Chigurh. And he wouldn’t seem as evil if it weren’t for the perfect concoction. I’m speaking of course of the of the original writing by Cormac McCarthy, transfered to the screen by the two of the greatest writers working in film, directed by the aforementioned writers and performed to absolute perfection by Javier Bardem. Through these ingredients, we get one of the darkest presences ever put on screen. What we get is a confident and intelligent killer basically representing death itself. Killing is routine for him, almost to the point of being an art form. The modern day movie villain that lies at the heart of their greatest feat in film is with out a doubt the Coen Brothers’ greatest character.