When it comes to movies, 2012 is the kind of year other years should aspire to be. This was a year full of life changing films, films that resonate in their excellence and astound in their innovation. I loved 2012 and would go as far as to call it my favorite year in film. Subsequently, this was a list I could not wait to make. It’s a list that celebrates my favorite year in film, how could I not be excited to write it? Well, let’s get into it. 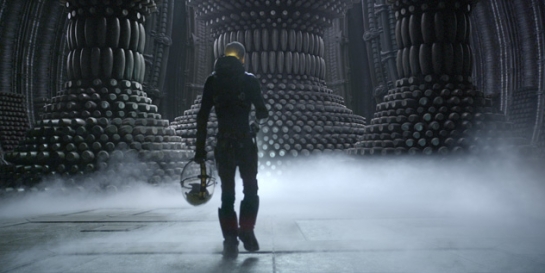 Prometheus tells a sort of Greek tragedy in the form of a bleak and beautiful science-fiction odyssey. This is Ridley Scott’s greatest film since Gladiator and it’s a wonder that it happens to be in a genre he helped define back in 1979 and 1982. He redefines it here with a glorious tale of searching for the answers to life’s biggest questions and the cataclysmic events that ensue when curiosity gets the better of us. To tell his tale, he also crafts a character study of a human and a robot. Michael Fassbender enthralls in his portrayal of David.

Lincoln is without a doubt one of the best biopics I’ve seen. Everything just works. Steven Spielberg obviously knows how to make a great film and when he has the greatest living actor working hard to play the main character of his film, you’re essentially guaranteed one hell of a movie. Every supporting actor does a great job, but Tommy Lee Jones deserves a lot of recognition for his scenery chewing performance. Daniel Day-Lewis is the real star here though and his performance is breathtaking. 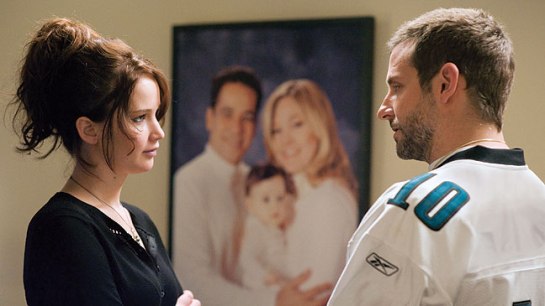 David O. Russell takes boy meets girl genre conventions and flips them on their head. Silver Linings Playbook tells a tale as touching and engrossing as it is inspirational. Bradley Cooper, Jennifer Lawrence and Robert De Niro all give knockout performances with their human characters. We follow Pat on a road to self-discovery after his stint at a mental institution. Evey living person is different and this is a superb film about people and the relationships inspired by ones own defining characteristics.

This is Rian Johnson’s third film and once again he hits it out of park because I loved Brick and The Brothers Bloom, but Looper is his best film yet. Looper may very well be the greatest film involving time travel that I’ve seen and that’s because Looper isn’t about time travel, it subtly uses the idea of time travel to tell an imaginative tale of life, death and the choices that can change everything. Joseph-Gordon Levitt is brilliant in his role of the younger Joe (a hard hitting Bruce Willis) and the movie as a whole is a fascinating drama with delightful tricks up its sleeve.

Seven Psychopaths is an oddity of a film about film, stories and the people that inspire those stories. Martin McDonagh blew me away with In Bruges and he takes it up a few notches with this masterpiece of reflexivity, nut cases and inspiration. Everyone does their part justice, but the real magic comes from Sam Rockwell and Christopher Walken as Billy and Hans. Though they’ve gotten protagonist Marty involved in a dog-napping scheme, Billy and Hans want to help Marty finish his latest screenplay at whatever the cost.

5. The Hobbit: An Unexpected Journey

When all is said and done, like The Lord of the Rings, The Hobbit trilogy may make for one of the greatest stories ever told. The masterpiece that is The Hobbit: An Unexpected Journey does after all begin the story flawlessly.  Much to Bilbo Baggins’ resistance, he is thrust into an adventure that will change his life and middle-earth forever. The film is just an amazing time from start to finish, every single moment was fun and glorious. My mouth is watering with anticipation for the rest of the story.

Four years after his magnum opus Paul Thomas Anderson proves that all he knows how to make anymore is masterpieces. There is just miraculous beauty to any Paul Thomas Anderson film. Everything he puts in front of the camera is made gorgeous by perfect camera work and direction. The Master examines Freddie Quell, a drifter lost and looking for his way after WWII. He soon stumbles upon an enigmatic and powerful man, Lancaster Dodd. There is a mysterious nature in the way this tale delves in with so much substance, but does so with the examination of a single friendship. The relationship between these two men envelops an extraordinary story of obedience and control.

Django Unchained was the gorgeous piece of art it was meant to be. In a year this perfect, it would only make sense that Quentin Tarantino would unveil his most recent masterpiece. As his new friend and mentor, Dr. King Schultz, unchains him from his shackles, Django instantaneously falls into his role as a heroic and vengeful freed slave. He’s a total badass and together with his wise new partner they epitomize a force to be reckoned with against the harsh and brutal atrocity that is slavery. The film is relentless in its intensity and constantly a blast.

If I had been told that my second favorite movie of 2012 was going to be a 007 movie, I just would not have believed it. I loved Casino Royale the first time I saw it and I continue to enjoy it this day. I am a firm believer that Casino Royale is a perfect Bond movie, while Skyfall is a perfect movie. Skyfall utilizes and pays homage to conventions from what has become a full-fledged and changing genre, Bond film. Through this icon, it also manages to tell an extraordinary story about the past and how it may shape the future it doesn’t define it.

In order to tell a magnificent story sometimes you need a magnificent villain. With Silva (Javier Bardem), Skyfall offers nothing short of the perfect Bond villain. This is a story about Bond and Silva and it’s a story about M. James Bond is country man and a reactionary hero who will stop at nothing to see the job done and in Skyfall his job is makes its grand and slithery entrance in the form of Silva, a savage and sadistic mastermind, a betrayer who too will stop at nothing to see to it he’s done what he was always meant to do. Skyfall evokes a gorgeous tale of the ways of the old and making way for the new. There’s a kinetic justice in the narrative and every moment of the film is flawless.

The Dark Knight Rises is a gargantuan epic and a masterpiece of the highest caliber. It’s almost magic, the way Nolan makes every image and moment of the film absolutely pivotal. Christopher Nolan is a visionary, the greatest director working today. I am blown away at every turn. This is a continuation of a great hero’s journey, the greatest. This is a man who fights for good and justice and does so because it’s the right thing to do. There’s been many friends and foes along the way and The Dark Knight Rises is filled to the brim with engrossing characters.

Christian Bale gives his best performance yet and the same can be said about every actor stepping back into their character’s shoes again as well as the newcomers, whether they be the mysterious Selina Kyle, the courageous Detective Blake, the kind-hearted Miranda Tate or the malevolent villain. In The Dark Knight Rises Batman faces off against the tactical and ruthless brute force that is Bane. Tom Hardy does wonders with a role in which he can only rely on his eyes to tell the story. And what a spectacular story it is. The Dark Knight Rises is the third installment in a series of films, yet with grace and a clear tone it delivers with fresh and glorious territory.

It’s almost 2013 and 2012 will have come and gone. This is a year that I’ve been looking forward to for a long time because this was the year that my favorite story came to an end. In 2005 Bruce Wayne took his hero’s journey and became Batman. In 2008 Batman faced off against his nemesis, The Joker. What was realized was the perfect tale of good, evil and balance. In The Dark Knight Rises Batman becomes the hope to counter the despair that faces his city. If The Dark Knight Legend (or The Dark Knight Trilogy if that tastes better going down) is about one thing, it’s about hope and when it came to The Dark Knight Rises I hoped it would be a masterpiece, but little did I know, the entirety of The Dark Knight Rises is the perfect ending to the greatest story ever told.