This is a list I was just recently inspired to make. Once I got started, there were many options, but it wasn’t actually too difficult of a list to make. I realized very early on that this wasn’t just a list of the closest friends in film, it was a list of my favorite friendships in film and what they meant to their stories as a whole. It was interesting to also look at each individual character and the part they played in the friendship. It was fun list and I hope you enjoy.

10. The Dude and Walter Sobchak (The Big Lebowski)

Jeff “The Dude” Lebowski and Walter Sobchak are two loyal buddies who enjoy conversation, each other’s company and bowling. The Big Lebowski is my favorite comedy and the two main characters are great friends, but part of the hilarity comes from the fact that The Dude and Walter contradict each other so much. The Dude is the chillest of chill, he let’s things slide and lazes around without a care in the world, while Walter is a Vietnam veteran prone to screaming and pulling out his “piece”. 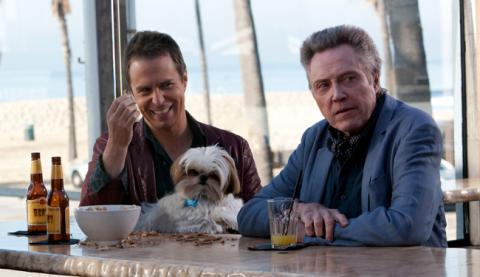 If you didn’t get the chance to catch Martin McDonagh’s masterpiece, Seven Psychopaths, I’d get on that. Yes, Marty and Billy Bickle are best friends and to watch Billy violently attempt to inspire Martin to finish his most recent screenplay is thrilling. However, in this story about stories, the friendship that offers the juiciest inspiration to Martin’s story is one between Billy and the wise and mysterious, Hans. Hans takes life as it comes whereas Billy has plans to tell his story how he sees fit.

8. R. P. McMurphy and Chief Bromden (One Flew Over the Cuckoo’s Nest) 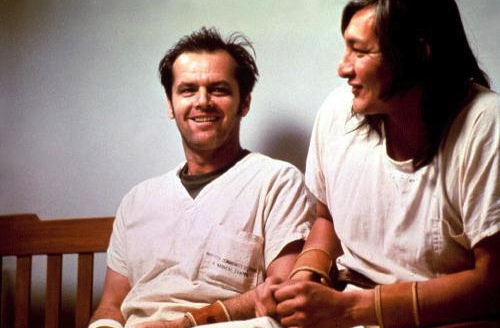 One Flew OVer the Cuckoo’s Nest is one of the greatest movies ever made and the more interesting relationship involved is one between a hero and a villain. However, there are some great friendships formed in the film and the most beautiful of all is the friendship between the free-spirited Randle Patrick McMurphy and quiet Chief Bromden. Chief Bromden is the patient affected most by McMurphy’s will to stand up against the oppressive Nurse Ratched. The friendships leads to one of the greatest endings in film.

The Social Network is a generation-defining masterpiece and it’s not about Facebook. It uses Facebook and this internet age we live in to tell a timeless tale of people and their nature. At the heart of this extraordinary film is a friendship that exemplifies betrayal. “I was your only friend. You had one friend.” Eduardo Saverin and Mark Zuckerberg were best friends at Harvard University before the multi-billion dollar company, Facebook, got involved. Eduardo is merely “left behind” in the wake of Mark’s rise.

Insipered by Mad Max, Aidan and Woodrow are two best friends who aimlessly spend their days making flamethrowers and bad ass cars for their post-apocalyptic gang, Mother Medusa. The only problem is that the apocalypse hasn’t happened yet so until then they’ll seemingly spend their days drinking, hanging and preparing. That is until a girl makes her way into the picture. Aidan is one of the most loyal friends in film. He’ll do anything for his best friend. It’s too bad I can’t say the same about the adolescent antihero, Woodrow.

I’ve never personally met a single person who wasn’t moved by the beautiful movie that is The Shawshank Redemption. It’s a stupendous film hardships, hope and the saving grace of friendship. The two friends at the center of this flawless film are none other than Andy Dufresne and Ellis Boyd Redding. Andy and Red are two charming, kind, intelligent and loyal friends. They are also prisoners at Shawshank prison and it’s their friendship that unites them through hell and to eventual freedom.

4. Sam and Frodo (The Lord of the Rings)

The Lord of the Rings isn’t just one of the greatest movies of all time, it’s one of the greatest stories ever told. We are taken on an epic journey and one friendship stands not on;y as the best, but also as the most important for without it middle earth would’ve never been saved. “Frodo wouldn’t have gotten very far without Sam”, those words spoken by Frodo at the end of The Two Towers are honest and true. The friendship between Sam and Frodo is a lasting one that overcomes the fiercest of obstacles. If the two didn’t have each other Middle Earth would’ve never been saved.

This was actually the friendship that inspired the making of this list. The Master just came out recently and I was blown away. It’s a modern masterpiece that exudes brilliance with every passing second. It tells a poetic and powerful story about obedience and control. At the heart of The Master is the relationship between a leader and a follower. Freddie Quell is a drifter, a confused man looking for purpose after a violent world war. In a word, Quell is lost until he meets one Lancaster Dodd. Dodd is the influential leader of a religious following entitled The Cause. There’s a unspoken battle of power between the two them, but at the same time there’s an underlying love between them. They care about each other, but they’re just following different paths.

Fight Club is and always will be one of my favorite movies. It’s a dark, nihilistic and extraordinary look at a bored generation. There is just layers and layers of meaning behind the enthralling masterpiece that is Fight Club. The friendship that drives this raw and insane drama is the friendship between the Narrator of the movie and the charismatic Tyler Durden. The Narrator is the white collar worker who exemplifies that bored generation I mentioned, while Tyler Durden is the anarchist and chaos that takes him out the mundane funk he seems to be in. However, there is much more than meets the eye when it comes to the mystery that is Tyler Durden. Tyler Durden is one of the greatest characters in the history of film and it’s a relationship with him that tells one of the greatest stories of all time.

The friendship between Batman and Jim Gordon represents the greatest friendship in film. The Gotham police Commissioner, James Gordon is Batman greatest friend and ally. Not only are they true friends, but their friendship is solely based on the idea of fighting the good fight against the forces of evil. Batman is an absolute good, he does what he does because it’s the right thing to do. Commissioner Gordon is a good cop, one of the few. He’s a good man, a hero worthy of praise, but he has to do the good things he does under the confines or “shackles” of the law.

“A hero can be anyone, even a man doing something as simple and reassuring as putting a coat on a young boy’s shoulders to et him know the world hadn’t ended”. The life of the greatest hero in existence can be a lonely one and without the lasting friendship between noble cop, Jim Gordon, Batman would not have been able to overcome the chaos and despair that he overcomes. Batman and Gordon don’t hug, or catch up, they don’t go out for coffee, invite each other over for family dinners, or catch a movie. The friendship between Batman and Commissioner Gordon is based around protecting the innocent and the good people who can’t fight for themselves. It’s the greatest friendship in any story ever told.