This was a confusing list to make. It’s one I’ve been wanting to make for a while, but I just wasn’t completely sure how to go about it. I don’t actually even like the title of the list because I certainly don’t feel guilty about loving these movies, I just do. As I stated before, this was a confusing list to make. That’s because I wasn’t quite sure where to draw the line between the masterpieces I call the best and the movies I love regardless of their flaws.

Making this list helped me realize that, in terms of movies, when you like the big picture, you’ll almost always look past any slight flaws because you’re enjoying yourself and vice-versa, when you don’t like a movie you’re going to look for flaws. At the end of the day, this is simply a list of  movies I love  that don’t hold a candle artistically and thematically to the many movies I would call my favorites.

If I were to feel guilty about enjoying a movie (or series for that matter), I would probably feel guilty about enjoying the Saw movies. Of course the first one is my favorite, but I’m actually a big fan of the entire story. For some reason I really enjoyed watching the whole complex story pan out. It is the horror series of my generation and it entertains me to no end.

Star Trek is the newest film on this list and while I love most of these movies because of nostalgic reasons, that didn’t play a part with Star Trek. I had never seen anything Star Trek before this movie and I wasn’t expecting much, but with this new Star Trek film I was blown away. It was fun, exciting and everything just worked.

By essentially recreating the panels of Frank Miller’s original stories Sin City tells a fast-paced collage of intertwining tales of brutality, crime, lust, etc. Like all of the movies on this list, I could pick up and watch Sin City any second and be whole-heartedly entertained. I might just add that, visually, this may be my favorite movie. 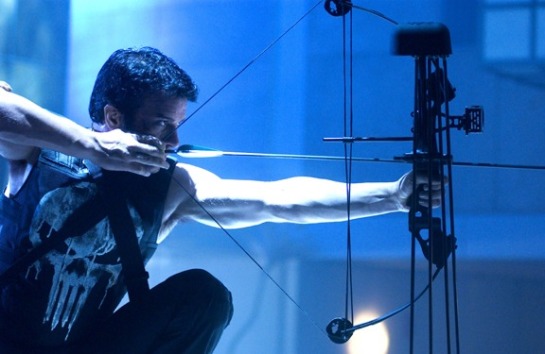 This is the movie that inspired me to make this list. After watching it recently I realized that every once in a while I should definitely take a break from what I see as art and just watch a movie and enjoy. Watching The Punisher again was like watching a combination of Batman Begins, Gladiator and Unforgiven. It doesn’t reach the amazing levels of those movies, but it is fun as hell. 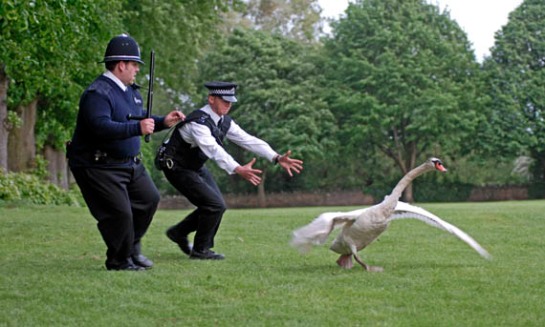 I was a big fan of Edgar Wright’s latest film Scott Pilgrim vs. the World and I absolutely love Shaun of the Dead, but I don’t enjoy either of those films as much as I enjoy Hot Fuzz. The give and take of Nick Frost and Simon Pegg is ridiculous and when you match that with the great satire on cliché action movies what you get is a fantastic time through and through.

From this point on, this list was nearly impossible to make. When I came up with the idea to make a list out of my top ten favorite guilty pleasure movies, the movies from five on came almost immediately to mind. I’m obsessed with The Matrix Trilogy, and I’d like to emphasize “Trilogy”. Like everyone, I’m a huge fan of the first and how it showed what an action movie could be, but I also love both sequels and The Matrix Revolutions holds a special place in my heart. I might even call it my favorite.

Quentin Tarantino is one of my favorite director’s to have ever made a movie. While Death Proof is no Kill Bill, Inglourious Basterds or Pulp Fiction, I still can’t help the fact that I always feel the need to pick it up and watch it again because of how much I enjoy every single moment. No one writes dialogue as well as Tarantino and its just as good here, then there’s Kurt Russell as the awesome villain, Stuntman Mike and a fantastic two-part set up that builds to one of the greatest car chases in film.

If I viewed all of the movies on this list the way I view most movies and take in every aspect, this could easily be called the best movie on the list. Daniel Craig fully embodies the James Bond for a new generation. This is new 007 series filled with realism and grit. This is a James Bond who can almost die, who has only his wits and strengths as a secret agent to save him, not a ridiculous array of gadgets. It manages to change almost every aspect of the series, while paying homage to the gimmicks you need from a 007 movie. In terms of execution, this is far and away the best movie on this list and it also manages to entertain from beginning to end.

Before Christopher Nolan’s Batman series came into my life, I had never anticipated a movie more than I had anticipated seeing Star Wars Episode III: Revenge of the Sith. I obviously didn’t enjoy The Phantom Menace or Attack of the Clones  that much, but this one looked appealing. This was to be the final Star Wars movie that would not only connect the two trilogies, but also essentially tell the origin story of my favorite character in the series.

At the time, I was not disappointed. I loved every single moment. I couldn’t get enough. I had built this idea up in my mind of how amazing this film would be and some how it turned out to be just that. As I matured it became clear that this wasn’t the masterpiece I had made it out to be in my mind, but it still means so much to me and I can say with out a doubt that it entertains me more than any other Star Wars movie.

1. Pirates of the Caribbean: At World’s End

This is it, there is no other film that has ever been made that comes close to Pirates of the Caribbean: At World’s End. There are many films that reach a level of perfection and I would call them my favorites for many different reasons. With Pirates of the Caribbean: At World’s End, like no other film I can look past its flaws and be completely taken away by the swashbuckling adventure at hand.

One of the reasons it stands apart as my favorite guilty pleasure movie is because of the incredibly memorable characters. I have an unconditional love for what Geoffrey Rush did with the character Hector Barbossa, even Orlando Bloom and Keira Knightley play some what of an important part to the epic that is At World’s End, Bill Nighy is fantastic as villain, Davy Jones, and every secondary character has something different to offer. Let us not also forget that Johnny Depp manages to offer one of the greatest characters in history with the now iconic, Captain Jack Sparrow.

I love the whole series, I really do. But I just wanted to emphasize how much I care for this single film in particular. Artistically and thematically this film pales in comparison to films I’d call my favorite films. However, for lack of a better phrase, this is the ultimate guilty pleasure movie in my mind. Sometimes you need some mindless fun. It’s nice that not every film is trying to say something broader, but merely trying to entertain. It’s nice to just have some escapism and Pirates of the Caribbean: At World’s End is one of my favorite forms of escape.