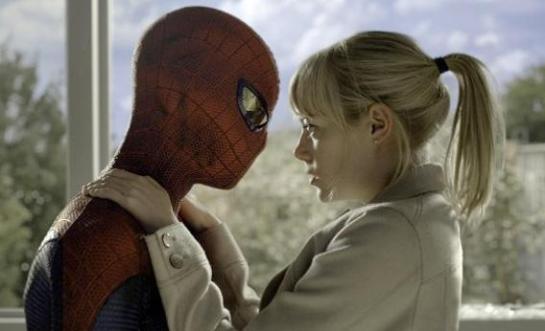 I might have to think about it a bit more, but I may just be able to call The Amazing Spider-Man the best film to come out of Marvel Studios. To be completely honest, that’s not saying very much at all because I don’t think very highly of the movies Marvel has produced. For one, I can easily say that The Amazing Spider-Man is better than Sam Raimi’s original Spider-Man Trilogy.

Once again, not saying much. The original Spider-Man trilogy isn’t even good, so to say The Amazing Spider-Man is better isn’t much of a compliment. It is, however, also better than The Avengers in everyday. It’s more entertaining and it actually has two dimensional characters to care for. The Amazing Spider-Man is a pretty good movie, unfortunately though the movie wasn’t nearly as good as it could have been.

In essentially reworking and crafting a completely different tale about a young loner who would one day become Spider-Man, Marc Webb (director of (500) Days of Summer) has succeeded in creating the best movie about a person with super powers, a super hero (Batman Begins and The Dark Knight do not count, Batman is not a super hero). What Marc Webb failed to do was follow up on what a great story he had been starting to tell.

The characters and performances were perfect (especially by lead Andrew Garfield and love interest Emma Stone). The origin and development was fun, entertaining, but most of all, enjoyable. Once, the villain, The Lizard came into play the film began to sour for me which was made all the more disappointing by the fact that I was as into the film as I was.

They really took their time with Peter Parker and the arc of his character, but once The Lizard came into play, everything seemed extremely rushed. There were points that felt right on the level of what Raimi had done with Spider-Man. Maybe the wrong villain was just chosen for what they were trying to do. Where as the first half of the film seemed to stray away from the generic way of telling a story such as this and worked perfectly. The last and villain-heavy half seemed to be very generic and just bored. The Amazing Spider-Man was good, but it had a lot more potential.

The Social Network is a movie I’ve been anticipating since it was announced. I had never read the book, but was always a bit interested in the concept then when I heard that David Fincher was directing the movie, I just couldn’t wait. Everything in my heart told me that The Social Network was going to be a fantastic film. I had no doubts and what I got was nothing less than that. The Social Network was a spectacular film.

David Fincher has been the director of such amazing films as SE7EN, The Curious Case of Benjamin Button, Zodiac, Fight Club etc. I can honestly say without a doubt in my mind that after Fight Club, The Social Network is the greatest film he’s made. When looking back on his career, Fight Club and The Social Network will be the movies he’s remembered for.

The Social Network is the masterpiece that the world needed. It fully encapsulates the idea of “Next Generation” like no other film has ever been able to. Its a film that doesn’t have action or violence. It doesn’t have a good guy and a bad guy. Its just a story about humans and their nature. A story that was necessary and extremely entertaining because it was told brilliantly.

Movie reviews have been floating around the internet on this movie and being the lover of movies I am, I couldn’t help but take a glimpse over a few of them. It seems that a good majority agrees with each other on this films brilliance, but there are many with complaints. Some have problems with its depiction of Mark Zuckerberg as a villain, while others don’t care for the fact that bits of the story aren’t true.

First off, if I wanted the truth on the matter I’d go out and read a newspaper. If I were that interested, I would find the truth. A movie theater isn’t a classroom, its purpose isn’t to inform us or teach us anything. A film’s purpose is to tell the greatest story that can, while expressing their own ideas and morals. The film wasn’t a documentary and if you’re expecting one, don’t see the movie. A film takes us on adventures that we would’ve other wise not been able to enjoy; such as life as a bug, traveling through middle-earth or in this case, the rise of one of the most notable business empires of our generation.