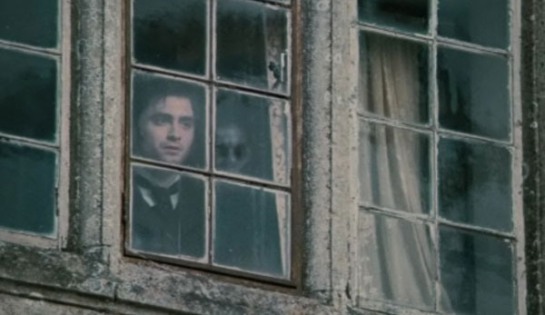 I am actually quite the fan of the horror genre because most of the time it’s hard not to find some enjoyment out of a horror movie. You get the masterpieces like The Shining and The Thing and then you can watch really awful horror movies that can be entertaining in just how bad they truly are. Neither was the case when it came to The Woman in Black because it was hard to find much enjoyment at all.

The Woman in Black had everything going for it when it came to the mood and the atmosphere, but on a story front it became dull and incredibly predictable. The film failed to offer any tension or suspense because the plot just became dull and redundant. When something sad happened to the characters I couldn’t care less because it seemed like we really weren’t supposed to. The story just thrust them into uselessly frightening events and we were just supposed to tag along.

Daniel Radcliffe proves once again that he doesn’t know how to portray emotion even when he tries to portray angst and sadness at all times. The rest of the cast even given anytime to do anything cause its mostly just a movie about Harry Potter in a house by himself and for some reason he continues to feel the need to go up to the creepy bedroom where strange noises are coming from.

I found myself leaving the theater joyless. At best the film looked pretty for a horror film, but it was so hard to care about the story at hand when it seemed no care was given by the people who created it. The Woman in Black is not a movie I plan to watch ever again unless I really feel the need to fall asleep fast.