The art of performance is an art form that’s hard not to find an appreciation for if you love movies. As a result of this appreciation, this is a list that has been in the works for a very long time. To preface this list of the people I consider the greatest actors in existence I’d like to make a few things clear. This is a list of actors that are all around the greatest performers, but it’s also a list of actors whom, on a personal level, I just enjoy watching. Along with the names of my favorite actors I’ve also listed three films in front of each actor. I want to make it apparent that these three films aren’t necessarily the three best films to come out of that actor’s career, it’s a list of that actor’s three best performances. This is a broad list so I’d like to start with a list of Honorable Mention (in no particular order).

And here we go…

Most, if not all, will be surprised to find actors like Morgan Freeman, Marlon Brando, Philip Seymour Hoffman, Kevin Spacey and Brad Pitt on a list of Honorable Mention while Joseph Gordon-Levitt is right here at number 10. There’s never a need to justify or rationalize one’s opinions when it comes to discussing something as subjective as film. I love Joseph Gordon-Levitt’s aura of charisma any time he’s on screen. He knows how to do what he does and he does it perfectly. I respect him a lot. 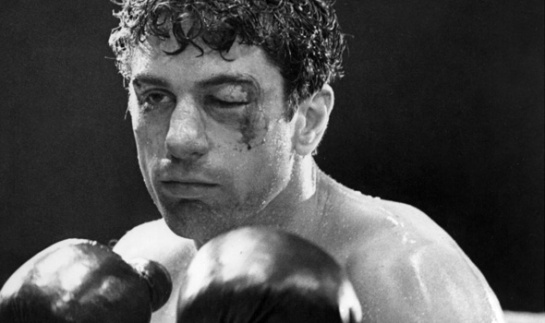 This list would be incomplete without the great Robert De Niro. He deserves every ounce of praise he gets for any role he plays. There is certainly an intensity to the way he becomes engrossed in his characters and like any brilliant actor, he really does have such a broad range. Whether he’s playing the awkward and psychotic Travis Bickle in Taxi Driver or the calm and collected crook in Heat, he always manages to put a very raw touch on any performance. The industry wouldn’t be the same without him.

Whether he’s playing a robot or even the main character in an X-Men movie, Michael Fassbender always has such a powerful presence. He first caught my attention when I saw him in Quentin Tarantino’s masterpiece, Inglourious Basterds. He didn’t play a huge part in the story, but couldn’t help but command the screen. He has such a naturalism to the way he acts making every single one of his actions feel completely real. If you want to watch truly flawless performing watch Michael Fassbender become his character in Shame.

Its slowly starting to be realized by all with each movie he’s a part of, but Tom Hardy is a truly masterful actor. Its a sight to behold anytime he acts. He makes such lucid choices and stays absolutely consistent. Any character he plays becomes so ridiculously defined due to his flawless work as an emotive performer. At this point I can expect nothing less than greatness anytime he chooses to act in a film. It’s always enjoyable to watch him do what he does regardless of the part, be it a charismatic action hero or a feral and emotionless monster of a man. 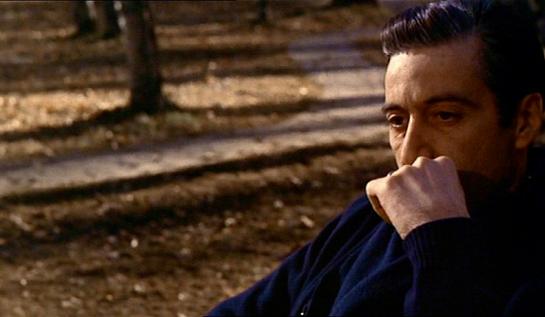 I feel as though there’s an unspoken competition when it comes to the legendary actors, Robert De Niro and Al Pacino. I would have to go with Al Pacino. Every character he plays is made so intensely human due to a dedication to his work. Realism is what it seems to be about with Pacino. Whether he’s chewing apart the screen in Scent of a Woman or playing a more cool-headed ex-con in Carlito’s Way, with confidence he always manages to bring out the humanity in the men he becomes. Al Pacino is a true master at what he does.

Gary Oldman is a brilliant character actor who is more than capable of playing the leading man as he sees fit. He has one of the widest ranges of any actor who has ever performed. He can play a ferocious villain in an action movie such as Air Force One and he has the ability to play a more subdued protagonist in a complex drama like Tinker Tailor Soldier Spy. With maturity and grace, Oldman makes everything he does so completely memorable. Gary Oldman is still working today, but he’s already left such a lasting and magnificent legacy with the fascinating ways he takes on the vibrant characters he plays.

Ever since I fell in love with the art of film, I’ve always considered Jack Nicholson one of my favorite actors. It’s hard not to love the actor when you look at his track record. He is extraordinary, that’s all there is to it. Due to his work as a magnificent performer he is partly responsible for some of the masterpieces fundamental to the progression of cinema. He’s always having fun just doing exactly what he does best, perform flawlessly. Jack makes you feel it no matter what it is. When he laughs, yells, cries, breathes, it’s not him,  it’s his character. Jack Nicholson is an incredible artist and one of the best there is.

1. One Flew Over the Cuckoo’s Nest

There is something so miraculous to the way Christian Bale completely throws himself in his roles. Regardless of the character, he makes you believe it. As Batman he’s heroic, as Patrick Bateman he’s psychotic, as Dicky Eklund he’s pathetic, as Alfred Borden he’s enigmatic and I could easily go on. It’s as if he just has some kind of vast knowledge on exactly how to tap into the mind and shoes of the characters he portrays. Christian Bale defines a generation of actors who have learned a lot from a long, long history of film and excels because of that knowledge.

Daniel Day-Lewis is a phenomenal artist and the greatest actor working today. He is incredibly deliberate in the choices he makes and I don’t just mean in the ways he chooses to portray a character, but also in the characters he chooses to play. He’s touched on such a broad spectrum of emotions and he does so flawlessly. No one does it the way Daniel Day-Lewis does it. You want to talk about intensity in performance, just watch him tear through the scenery as the violent villain, Bill “The Butcher” Cutting in Martin Scorsese’s Gangs of New York. Steven Spielberg’s Lincoln is coming soon and I just can’t wait to see what Day-Lewis does with it.

Daniel Day-Lewis blows me away any time he takes on a performance, but it’s in There Will Be Blood where he really hits his stride and shows just how extraordinary a performance can be. Paul Thomas Anderson’s There Will Be Blood is an epic character study about consumption, greed and the American nightmare. At the heart of the film is the complex and depraved oilman, Daniel Plainview. Rarely does the film have a scene without its black-hearted protagonist. It’s one of the juiciest roles in all of film and as always, with precision and dominance, Daniel Day-Lewis plays the character to perfection.

1. There Will Be Blood

Heath Ledger is the greatest artist to have ever acted in film and its a shame to think about what could’ve been. The Australian actor was only 28-years-old when he passed away and all we have of him is an enigmatic and extraordinary career that was tragically cut very short. Even since a very young age, Heath showed great promise when he took on any role. No matter what it was, be it an rollicking adventure movie like A Knight’s Tale or a serious drama like The Patriot, Heath Ledger showed more than potential to be one of the greats.

A turning point that marked the career of a mature and defiant actor was Heath Ledger’s performance of Ennis Del Mar in Ang Lee’s Brokeback Mountain. This was a role that needed a powerful and honest performance and Heath Ledger responded with a portrayal that exceeded those necessities. Heath Ledger is an extraordinary actor who never needed to prove anything, but if he did, he proves it here. You’d be hard-pressed to find other performances that are as touching and real.

Heath Ledger is the kind of actor who just seems to have fun with whatever he’s doing. He loves doing what he does and just happens to be the best at what he does. Never did he have more fun with a role than when he gave not only the greatest performance of his career, but the greatest performance in the history of film. In The Dark Knight, Ledger was universally praised for his realistic portrayal of one of the most iconic villains in the history of stories. In The Dark Knight, Christopher Nolan and Heath Ledger crafted the greatest character in film, which is in part due to a landmark performance that cements Heath Ledger as the greatest actor to have ever performed.