A list of my Top Ten Movie Quotes is a Top Ten list I’ve been meaning to make for a very long time. The reason I’ve held off from doing so is because of how truly difficult it is to make this list. I love movies and there’s a lot of them, but I also love movie quotes and there’s even more of them, but I’ve finally decided on a list that fits my preferences.

Before reading this, I’d like to make it clear that on this list you won’t find any extremely famous movie quotes like “Here’s Johnny!”, “Say hello to my little friend.” or “Frankly my dear, I don’t give a damn.” While quotes like those are fantastic and undoubtedly iconic, their not as meaningful to me. Also, for the most part, those quotes are a lot shorter than what a truly powerful quote usually is. Most of my favorites are monologues. That being said, I’d like to get into it. Here are my top ten favorite movie quotes: 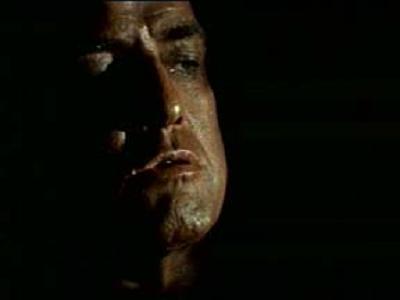 One of the most famous movie quotes of all time is, “I love the smell of napalm in the morning”, but if you ask me. Its not even the best quote in Apocalypse Now. That quote pales in comparison to Col. Kurtz’s final words. His death is one of the most iconic ever put on screen and when he speaks those last words my heart is pounding every time.

9. “Keep your lovin’ brother happy.” -Frank (Once Upon a Time in the West)

Henry Fonda’s character Frank in Once Upon a Time in the West is one of the most cold blooded basterds ever put on screen. We don’t learn the true depth of his villainy until the final showdown of the movie and we here him say that line as he smiles and performs one of the most despicable acts a movie villain ever has.

8. “I’d always heard your entire life flashes in front of your years the second before you die. First of all, that one-second isn’t a second at all. It stretches on forever like an ocean of time. For me, it was lying on my back at boy scout camp watching falling stars and yellow leaves from the maple trees that lined our street or my grandmother’s hands and the way her skin seemed like paper and the first time I saw my cousin Tony’s brand new Fire Bird, and Jannie, and Jannie, and Carolyn. I guess I could be pretty pissed off about what happened me, but it’s hard to stay mad when there’s so much beauty in the world. Sometimes I feel like I’m seeing it all at once and it’s too much. My heart fills up like a balloon that’s about to burst. And then I remember to relax and stop trying to hold onto it. And then it flows through me like rain and I can’t feel anything but gratitude for every single moment of my stupid little life. You have no idea what I’m talking about I’m sure, but don’t worry. You will someday.” -Lester Burnhum (American Beauty) 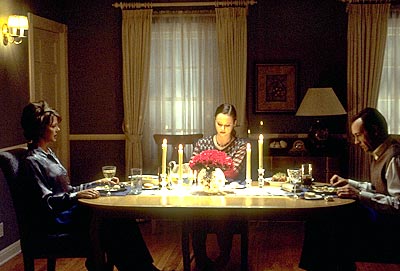 There have been many movies that have tried to encapsulate the entire meaning behind the movie with just one final monologue. No other movie was able to do it quite as well as American Beauty did. In just one final monologue,   Lester Burnhum (Kevin Spacey, who recieved a well-deserved oscar) reflects on his life and the “beauty” in the world. Its a quote that is mind-numbingly deep, memorable and above all, beautiful.

Batman Begins is a masterpiece of a movie that tells the origin of the cultural icon Batman, directed with dark realism by Christopher Nolan. With this one, short line, the very essence and character of the man most call Batman, is captured. Its literally breath taking every single time when the villain Ra’s Al Ghul says “Have you finally learned to do what is necessary?” and Batman gives one the greastest responses in film history.

Unforgiven is one of my favorite movies of all time and by far the greatest western ever made. With just this six word quote, not only is the nature of the film captured, but also the idea of the true west in general. First, Munny says the powerful line, “Its a hell of a thing killing a man, take away all he’s got and all he’s ever gonna have.” The Schofield Kid responds with a cold, “Well, I guess he had it comin,” to which Munny responds with one of the most meaningful quotes ever put on screen.

5. “I’ve seen things you people wouldn’t believe. Attack ships on fire off the shoulder of Orion. I watched C-beams glitter in the dark near the tannhauser gates and all those moments will be lost in time, like tears in the rain. Time to die.” -Roy Batty (Blade Runner) 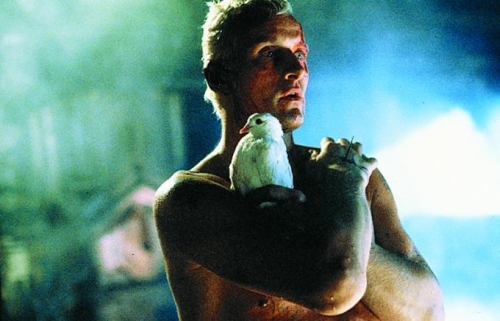 Roy Batty’s enigmatic “tears in the rain” quote is by far the greatest last words ever put on screen. The quote might not sound like much when you read it, but to here him utter those final words is absolutely beautiful. The replicant Roy Batty is one of the greatest movie characters in general and his final monologue is undoubtedly one of the greatest quotes ever put into a film.

4. “I mean if I had my way, you’d wear that goddamn uniform for the rest of your pecker suckin’ life. But I’m aware that ain’t practical, I mean at some point your gonna have to take it off. So, I’m gonna give you a little something you can’t take off.” -Lt. Aldo Raine (Inglourious Basterds)

Inlgourious Basterds is one of the greatest films ever made. It just builds and builds to what is, to me, the greatest ending in the history of film. Not much is as satisfying as seeing one of the most villainous characters on screen get exactly what he deserves and its Lt. Raine’s fantastic quote that is the absolute perfect set up for what is about to happen. Because of the events that transpired in the hours before hand, we know exactly what’s about to happen to the basterd Col. Hans Landa and I can never help but getting a feeling of pure solace as Aldo utters this quote.

3. “I know. It’s all wrong. By rights we shouldn’t even be here. But we are. It’s like in the great stories, Mr. Frodo. The ones that really mattered. Full of darkness and danger, they were. And sometimes you didn’t want to know the end. Because how could the end be happy? How could the world go back to the way it was when so much bad had happened? But in the end, it’s only a passing thing, this shadow. Even darkness must pass. A new day will come. And when the sun shines it will shine out the clearer. Those were the stories that stayed with you. That meant something, even if you were too small to understand why. But I think, Mr. Frodo, I do understand. I know now. Folk in those stories had lots of chances of turning back, only they didn’t. They kept going. Because they were holding on to something.” -Samwise Gamgee (The Lord of the Rings) 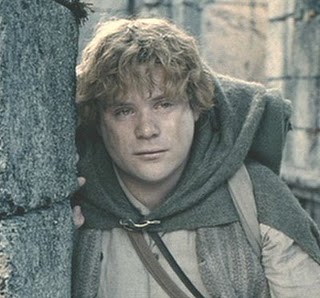 The Lord of the Rings is the very definition of the word epic. Just hearing the very word makes me immediately think of The Lord of the Rings. There are an endless amount of amazing scenes and moments, but the greatest quote in the entire trilogy and one of the greatest in existence is Sam’s monologue at the end of the The Two Towers. I’m litrally almost brought to tears every time because of how emotionally involved I am with the film during that quote. I get goose bumps every single time I hear it uttered.

2. “You… you just couldn’t let me go, could you? This is what happens when an unstoppable force meets an immovable object. You truly are incorruptible, aren’t you? You won’t kill me out of some misplaced sense of self-righteousness and I won’t kill you because you’re just too much fun. I think you and I are destined to do this forever.” -The Joker (The Dark Knight) 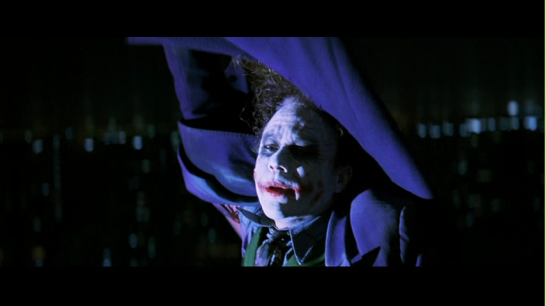 1. “Well there’s this passage I got memorized. Ezekiel 25:17. The path of the righteous man is beset on all sides by the inequities of the selfish and the tyranny of evil men. Blessed is he who in the name charity and good will shepherds the weak through the valley of darkness. For he is truly his brother’s keeper and the finder of lost children. And I will strike down upon thee with great vengeance and furious anger, those who attempt to poison and destroy my brothers. And you will know that my name is the lord when I lay my vengeance upon you. I’ve been sayin’ that shit for years and when you heard it, that meant yo’ ass. I never gave much thought to what it meant. I just thought it was some cold blooded shit to say to a mother fucker before I popped a cap in his ass. I saw some shit this morning that made me think twice. See now I’m thinkin’ maybe it means you’re the evil man and I’m the righteous man and Mr. 9mm here, he’s the shepherd protecting my righteous ass in the valley of darkness. Or it could mean, you’re the righteous man and I’m the shepherd and its the world thats evil and selfish. Now I like that, but that shit ain’t the truth. The truth is, you’re the weak and I am the tyranny of evil men, but I’m tryin’ Ringo. I’m tryin’ real hard to be the shepherd.” -Jules Winnfield (Pulp Fiction)

Pulp Fiction is one of the greatest movies of all time and to tell the truth, when it comes the writing, its undoubtedly the best. In his greatest performance, Samuel L. Jackson plays the fantastic character Jules Winnfield and in what is the greatest scene in film history, he says the greatest quote in the history of film. Many people love the Ezekiel 25:17 Bible verse and don’t get me wrong, I love it too, but its basically nothing without Winnfield’s unforgettable examination behind the meaning of the words. No monologue, line or quote gets me nearly as emotionally involved in the film at hand than this one. I truly don’t see it ever being surpassed. Not even my favorite movie/character was able to do that. Jules Winnfield is unquestionably the holder of the greatest movie quote of all time.